My name is Frank Ceravolo, and I’m the inventor of the RennStand. The idea for the jack stand was really born out of my own necessity for a solution to a problem I was having at the time.  Back in 2011, my wife was just finishing her master’s degree in engineering and was about to pursue her PhD in a small country in eastern Europe. At the time, I was living in Austin, Texas but the distance between us had naturally been difficult, so I made the decision to move overseas with her while she finished her education. I had this older air-cooled Porsche 911 that I loved. It was something I had dreamed about owning for many years, and during those times while I was barely surviving paycheck to paycheck, I promised myself that I would own one someday when I could afford to, so after finally achieving that dream, I couldn’t just leave it behind. I just had to take it with me, so the car shipped from the port in Houston and made it to Rotterdam, Netherlands several weeks later. My wife and I flew there to meet it when it arrived, and we ended up driving it through Europe, deliberately taking the slow route. In the span of about three weeks, we drove from the Netherlands into Germany where we visited the Porsche Museum and Factory in Stuttgart, then drove through the Swiss Alps to Lucerne, then to Italy where we drove through Tuscany, which is where we ended up spending the majority of our time, then up to Venice, into Slovenia, and through Croatia and Serbia in that order until we arrived to where we would be living in Macedonia.

I was feeling pretty good about having the car there, with all the scenic winding roads to enjoy and new places to explore with it and, in a way, it was my connection to the US, my home. Yet there was always that thought in the back of my mind that the car would need to be maintained at some point. Like many other cars, Porsche has a singular point under each corner of the car that the manufacturer engineered to be a lifting point. At this lifting point, one can place either a jack or a jack stand, but there just isn’t enough space for both simultaneously, and while some are ok with lifting by the Porsche’s aluminum crankcase to free up those jacking points for the jack stands, that never sat well with me. If something were to go wrong as a result, I would be in an even greater bind than if damage had occurred back in the States where I could have it brought to a trusted mechanic.

When I was living in Texas, this wasn’t so much of an issue, as I had an independent mechanic with a four-point lift that I liked and trusted, but in Macedonia I was having trouble finding someone who I felt comfortable allowing to work on my car. So, time went by, and the car eventually needed an oil change. My father-in-law knew a mechanic in town that would let me use his lift so that I could do the work myself. While I greatly appreciated being able to use that lift, I knew it wasn’t a sustainable option for me, so I had to devise something to get around that lifting point situation.

So, I started brainstorming options, and while I always felt in my heart that there had to be a simple solution, I just could not put my finger on what that would be … until one evening as my wife and I were making our way out our front door to head to her friend’s wedding. It was literally at that moment that it hit me, and I knew I had to head back inside and start drawing it out or I might lose the idea. My wife, who was four months pregnant at the time, could understandably have been very upset, but she understood how my mind works and lovingly let me do my thing. I arranged for a friend to drive her to the wedding and assured her I would make it in time to be by her side.

I sat at our kitchen table and drew out a rough design of what I had in my mind at that moment, and that original drawing is actually very close to what we are manufacturing today. I really didn’t think about creating something I could bring to the market. I was just happy I had a solution to the problem I was facing. After giving it some thought, I decided it might be a good idea to file a patent application and see where it takes me. That was just the beginning of the journey though. I had no idea what difficulties were coming my way, and I cannot say with certainty that I would be building these jack stands today had I known how tough it would be, but I’m so happy I kept at it.

Oh, and I did make it to that wedding in time.

THE Origin of the RennStand – more coming soon! 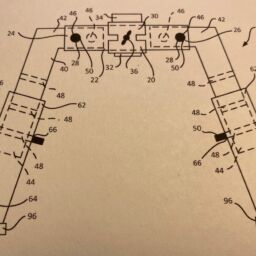 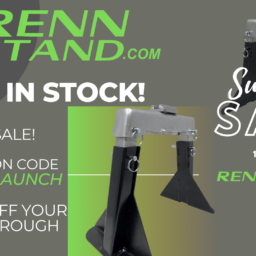 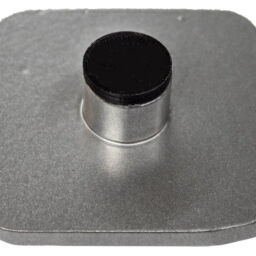 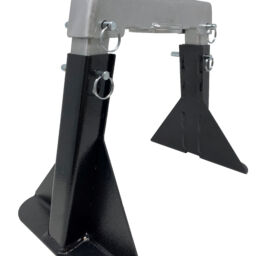 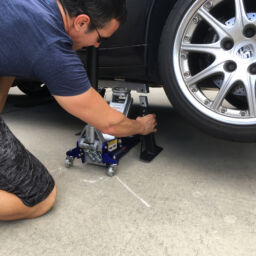 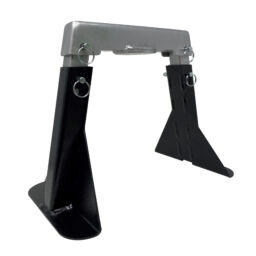